Chrome Safari Firefox Opera
Main Health with MAKFA Guidebook on MAKFA buckwheat: everything about the most wholesome grain

Guidebook on MAKFA buckwheat: everything about the most wholesome grain 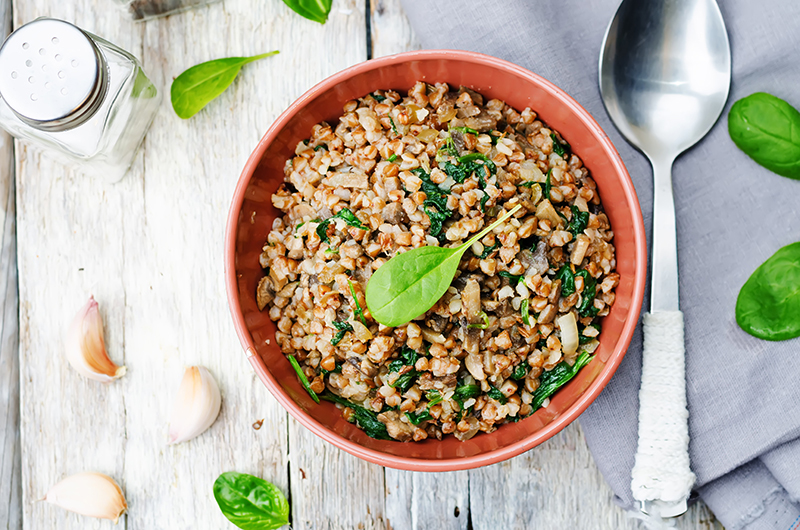 Together with the National Association of Dietitians of the Russian Academy of Sciences, MAKFA has drawn up a popular scientific review of buckwheat. The data provided below were prepared with the assistance of the Doctor of Pharmaceutical Sciences, Professor, T.L. Kiseleva.

By lysine and methionine content, buckwheat proteins beat out all cereals.

Buckwheat protein has an over 90% biological value, which is explained by the high concentration of all essential amino acids.

Buckwheat carbohydrates, in general, are complex - they are slowly digested and absorbed, due to which buckwheat has a low glycemic index. Buckwheat carbohydrates are absorbed slowly by the body, therefore after consumption, people feel satiety, which lasts for a long time. On average, the content of carbohydrates in buckwheat, as in other cereals (pearl barley, millet), reaches 60-68.8%, of which starch is 55.4%, dietary fiber is 11.3%, simple carbohydrates (sugars) - 2.1%.

Buckwheat satisfies more than one third of daily human need for dietary fiber. Its content makes buckwheat a leader among all cereals.

Buckwheat is low in fats - 2-3.5%. But almost 70% of them are mono- and polyunsaturated fatty acids: linoleic, linolenoic, oleic. 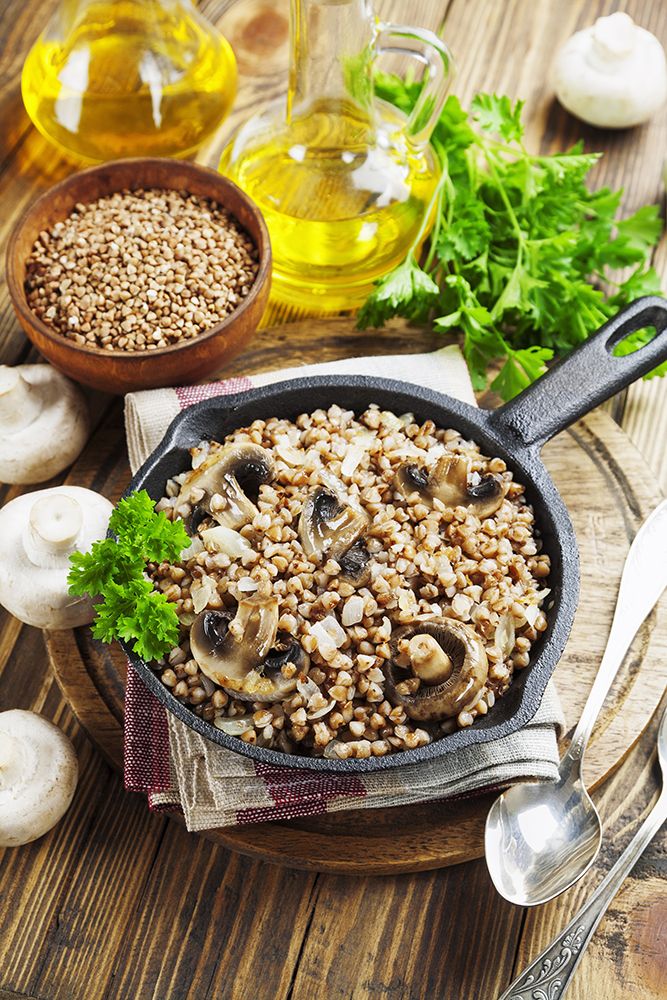 ПAccording to dietary recommendations, each person should consume 7.5 kg of buckwheat per year, and it is considered that buckwheat meals are healthy for people of any age.

Folk medicine experience. Until now, folk medicine has believed that due to the high content of B vitamins, buckwheat is healthy for people with nervous disorders, as well as for the normalization of the intestinal, stomach, and liver functions. Traditional medicine states that regular consumption of buckwheat prevents the risk of rheumatism and atherosclerosis, and is especially healthy for people with GI tract diseases, anemia, kidney diseases.

Use in modern health care practice. Due to its calcium, iron, phosphorus, citric and malic acids, B1 and B2 vitamins, and relatively easy absorption of proteins in the body, buckwheat is a valuable dietary product.

Thanks to its nutritional, therapeutic, dietary and taste qualities, it ranks among the top cereals, plus, it boasts good consumer properties: short cooking time (15-20 minutes for uncrushed, 10-12 minutes for crushed buckwheat), a significant increase in volume (4.5-5.7-fold) during cooking and excellent taste of the ready porridge. Plenty of fiber, unsaturated fatty acids, which are indispensable compounds that play an important role in the metabolism, in buckwheat are considered especially valuable.

In the modern medical practice, buckwheat is included in the diet of patients with exhaustion as a source of vitamin P (rutin), as well as those suffering from obesity, diabetes, iron deficiency anemia, nervous system disorders, kidney and GI tract diseases, and, in general, as a boosting diet ingredient for people of all ages.

Regular buckwheat consumption helps to reduce the level of cholesterol and blood lipids, prevents the risk of atherosclerosis, fatty liver dystrophy. The key therapeutic effects of buckwheat, according to O. Blaise (2000), also include the ability to remove radionuclides from the body. Buckwheat is irreplaceable in the diet of athletes and people engaged in heavy physical labor. Gerontologists recommend its regular consumption for elderly people, while pediatricians recommend including buckwheat in baby food.

There is evidence about the biological effects of certain groups and individual bio active substances found in buckwheat. In particular, folic acid stimulates blood formation, increases body endurance and resistance. Vitamin PP (nicotinic acid) stimulates the functions of the hemopoietic system, stomach, intestines, liver, boosts the immune status. Vitamin B1 is involved in the regulation of the nervous system, dietary fiber and the entire polyphenolic and vitamin complex - in the maintenance of the blood glucose levels.

Buckwheat lecithin stimulates body growth and hematopoiesis, boosts the nervous function and liver, increases the body resistance to toxic substances, and hinders the development of atherosclerosis. Taking part in the regulation of cholesterol metabolism, lecithin promotes the split and excretion of cholesterol from the human body.