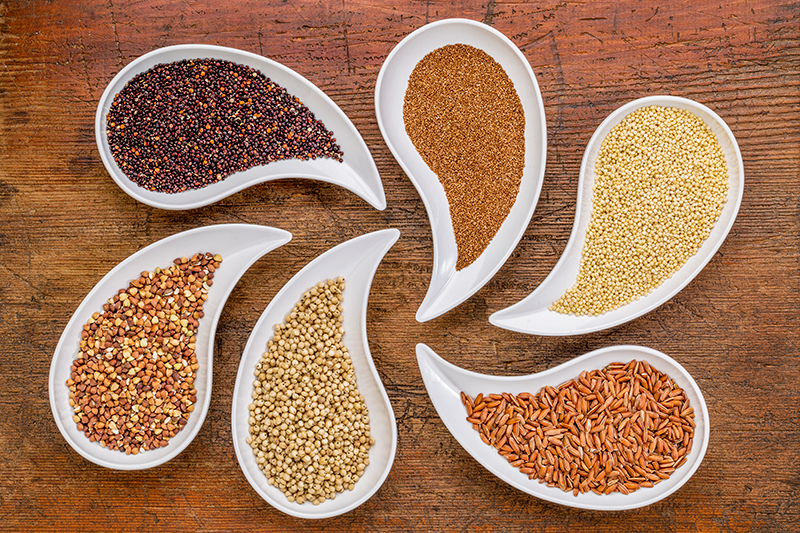 1. Only three cereals - corn, rice and wheat (by the way, these are the most widely cultivated crops around the world), remain the mainstay of the global food security today, according to the Food and Agriculture Organization of the United Nations - FAO.

They are the most vital components of the human diet, which account for approximately 42.5% of food calories on the planet.

2. Today, corn, rice and wheat rank second, right after fish and animal produce, by their share as a source of proteins in the human diet (about 37%) on a global scale. Wheat alone supplies more protein than poultry, pork and beef together. In general, mankind receives up to 50% of total protein, up to 70% of carbohydrates and 15% of fat from grains.

3. Peas, legumes and lentils contain about 20-24% of protein, which is more than in beef (18.6%). Peas, legumes, beans, lentils and soybeans are sometimes even used to make “artificial meat”, which, according to some sources, has an anti-atherosclerotic effect. Their proteins reach 23-24%, fats - 2%, carbohydrates - 52%, and they are close to meat in terms of amino acid composition.

4. Even in the ancient times, hunter gatherers used grains as a concentrated and easily preserved source of energy and nutrients. For example, some wheat strains, according to historical records, were found among the earliest herbaceous plants sown and harvested in the Middle East. It was they, which caused the emergence of the modern strain of the ordinary (soft) wheat in 2500 years. A similar discovery was made with rice and corn. Modern strains of rice were bred in East Asia and West Africa from their wild ancestors 9000-3000 years ago. And the ancestor of today’s 2500 commercial varieties of corn is a herb called teosinte grown in Central America about 7000 years ago. Ancient people not only ate and grew grains, but also tried to improve yield through irrigation (Mesopotamia 8000 years ago, China 3000 years ago, etc.).

5. If in ancient times, people used grain as such or as the simplest product of its primary processing, today its most important foods are cereals and flour. They are the basis of diets in most countries of the world, and in Russia, cereals and flour products have long been the traditional food of the population.