Chrome Safari Firefox Opera
Main Health with MAKFA What MAKFA products are the foundation of a correct diet?

What MAKFA products are the foundation of a correct diet?

Hard wheat varieties (“durum”) are called so because of more gluten contained in them (gluten protein). MAKFA pasta is manufactured from such wheat. A high gluten content promotes slower digestion of food based on durum wheat, smoother intake of glucose from starch in the intestines, and longer maintenance of blood sugar levels. Thus, foods from durum wheat have a slightly lower glycemic index than those from regular wheat. According to the Mediterranean diet pyramid, pasta is a product recommended for daily consumption.

Durum pasta is the most affordable (inexpensive) food for a healthy diet. 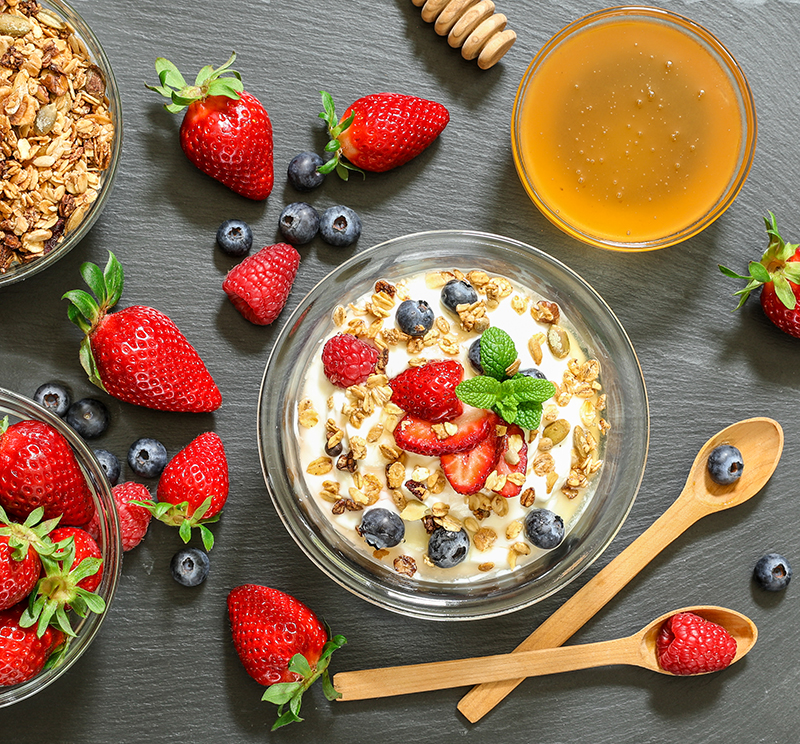 MAKFA buckwheat cereal contains the highest (with no gluten) amount of protein. The buckwheat protein features high biological value and its composition is well balanced. Moreover, the content of starch in buckwheat is minimal vs. other grains being second only to oat flakes. Buckwheat and oatmeal flakes contain less starch, plus it is more slowly dissolved and absorbed in the intestines. A similar property is found in durum wheat pasta, although not to the same extent. In addition, buckwheat cereal and oat flakes are absolute leaders among other cereals by dietary fiber: buckwheat and oatmeal have 2-13 times more fiber than other cereals and flour.

It is gluten-free. From the perspective of modern dietology, corn meals, which are rich in fiber, starch and other polysaccharides, stimulate bowel movement, improve digestion and absorption of other foods; contribute to normal male sexual function.

Eating corn grains (cooked, delicacy corn) and meals with them (mamalyga) to some extent reduces the risk of congestion and gall bladder, renal pelvis stones.

MAKFA corn cereal is packed with vitamins and minerals, including carotene, which regulates the digestive and endocrine gland functions, feeds the heart muscle and skin, stimulates the activity of the respiratory system, heart and blood vessels, maintains normal blood glucose levels, ensures cornea and retina health, stimulates tissue regeneration, inhibits the processes of intestinal putrefaction and fermentation. All corn cereals and meals are healthy for all age groups, including children and elderly people, as well as for those suffering from the disease of the digestive and respiratory systems, heart, blood vessels, liver diseases, and impaired vision.

The modern dietology considers rice not only as a powerhouse, but also as a source of essential vitamins and minerals such as thiamine, riboflavin, niacin, vitamin E, zinc, potassium, iron and dietary fiber. Rice is the leader among cereals by the amount of carbohydrates (72.5 g per 100 g) and minerals (potassium - 70 mg, calcium - 30 mg, phosphorus - 104 mg). It is packed with magnesium and vitamin PP, which makes it indispensable in the diet of patients with neurological conditions, as well as a moderate amount of protein, potassium, iron and dietary fiber. Its advantage is almost a complete lack of sodium alongside with much potassium, which is considered particularly valuable in the diet of people with cardiovascular diseases and disorders of water and salt metabolism.

Rice is low in calories, because it contains carbohydrates mainly in the form of starch, which refers to polysaccharides and causes less weight gain vs. simple sugars. Rice starch is good for the intestinal function, it promotes bifidobacteria development and boosts the immune function.

In the biblical times, barley was considered not only food, but also a medicine. It was used in ancient Egypt, in the antiquity, and in the medieval Europe for approximately the same indications as today, and it is still used in Russia.

In the domestic folk medicine, barley has been used to treat inflammation of the GI tract, cystitis, pyelonephritis, ascariasis, and as a product of therapeutic dieting.

In modern dietology, barley cereals and soups are recommended for persons with excessive body weight. Their use is justified by the high fiber content, which is practically not digested, but serves as a natural stimulant of intestinal motility, stimulating the peristaltic motion.

By its nutritional value, barley cereals beat out oatmeal, wheat and rye, are easily chewed, easily and fairly well digested in a healthy body. Diets based on barley cereals are considered effective not only in gastroenterology - for patients with obesity, constipation (due to plenty of fiber), but also in dermatology - for people with pyoderma, psoriasis and eczema. When a cereal is being cooked, especially after barley pre-soaking in cold water, a lot of mucus is formed, which is extremely healthy in cases of certain digestive disorders, since it has enveloping, soothing and anti-inflammatory effects.

As a “bad cholesterol” scavenger, barley has long been used in the Western Europe. Barley flour is often added to bread and dietary foods, to sausage products as a soy substitute.

Today, there is evidence that pea seeds, along with vitamins, mineral salts and fiber, contain free amino acids and protein substances with a high concentration of essential amino acids, which, by their chemical composition and physiological properties, are similar to animal proteins. Therefore, pea meals are considered healthy for people with anemia, exhaustion, muscular dystrophy and fatigue, constipation and a number of visceral diseases.

Pea cereal contains vitamin-like compounds: inositol and choline with antiatherosclerotic effects, which can be used for the prevention and in the combination therapy of atherosclerosis. Cerebral atherosclerosis is also prevented by glutamic acid found both in fresh seeds and in pea cereals.