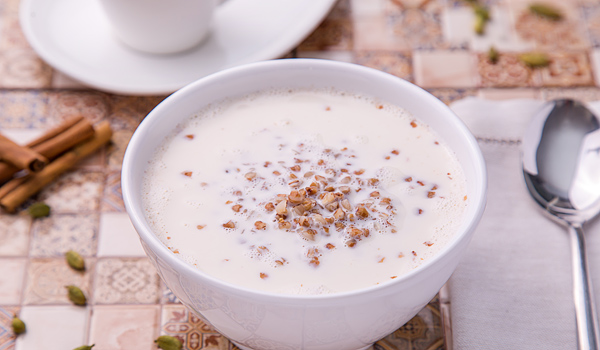 1 packet of Makfa buckwheat in packets

vanilin on the edge of a knife

1. Pour water in a saucepan, add a little salt and bring to a boil. Shake the packet with buckwheat and gently lower it into the water. Reduce heat and cook the bucwheat for 7 minutes until ready. Cool, remove the buckwheat from the packet and add the butter.

2. Add the sugar, the vanilin, the cinnamon, the ginger and the cardamon to the milk. Bring to a boil, cover and let sit for 20 minutes.

3. Place the porridge into plates, pour over with the spicy milk and serve.

1 packet of Makfa buckwheat in packets

vanilin on the edge of a knife